A call to duty: Companies lead the charge in hiring veterans 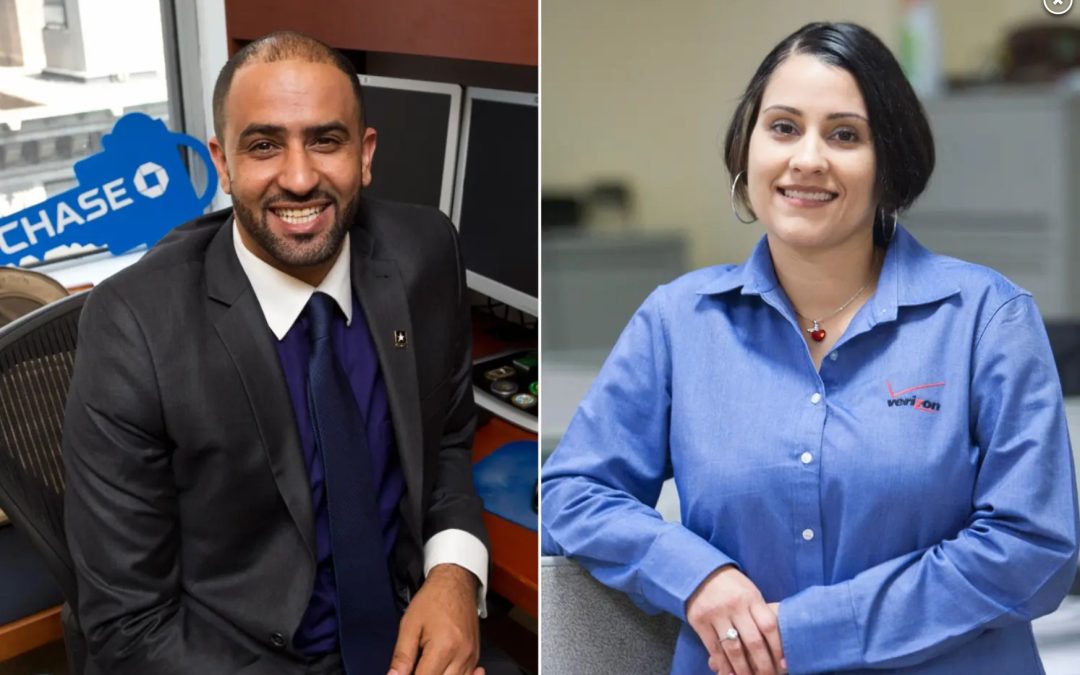 Josefine Francis wears “retired veteran” on her sleeve and also on her LinkedIn profile — but landing a job was far from a piece of cake for the Army sergeant who retired on Dec. 31 after 20 years of service.

The 38-year-old, who was deployed in Baghdad during the early 2000s, encountered many roadblocks — such as resume-writing — while job-hunting after hanging up her fatigues. But rather than bury her head in the sand, she met people to help write her resume.

“They also introduced me to jobs I didn’t know existed,” says the Bensonhurst resident.

Her search didn’t begin overnight — she started networking on LinkedIn and at career fairs one year before retiring — but her bootstrapping paid off.

A Verizon recruiter, who was a fellow vet, noticed Francis’ profile in late November and contacted her, and by late January she began her new job as a field manager in Canarsie. By managing a team of 30 technicians, Francis utilizes leadership skills she learned in a combat zone and translates them to corporate America.

Evan Guzman, the head of military programs and veteran affairs at Verizon, says her story isn’t uncommon — and he’s just one of a number of hiring managers who are boosting their efforts to recruit veterans and help them transition to the civilian work force.

His team actively engages on LinkedIn and the military section on his company’s Facebook career page. It also leverages social media and partners with local Veterans Affairs offices, the Department of Labor and military installations. As of June, his team will have attended more than 100 live events to meet veterans.
Josephine Francis

Guzman has been in the recruiting trenches since 1993, actively identifying and hiring veterans for various companies he’s worked for — well before, he says, “it became this national imperative.” In 2011, Verizon hired him to develop a program to increase veteran hiring and their engagement with military communities across the country.

“We have seen firsthand the valuable experience that veterans bring and adapt into our business,” he explains. “Their problem-solving and project-execution skills, along with the teamwork and unique leadership capabilities they learned from serving in the military, form a powerful combination for us.”

Verizon’s CEO is a veteran, along with its chief security officer and the executive running cybersecurity — so it’s no surprise that recruiting veterans hits close to home for corporate brass.

“If businesses don’t tap into this resource,” adds Guzman, “they lose out on the competitive marketplace.”

Christine Stewart, manager of global diversity and inclusion at Xerox, agrees with Guzman. “It makes good business sense. Veterans understand and value leadership [and are] able to follow orders and procedures.”

Through Xerox’s Heroes@Home program, they “actively hire veterans, disabled veterans and military spouses for at-home employment opportunities” such as customer care agents, image processors and data analysts. Their commitment was solidified last year through the White House initiative Joining Forces — and now Xerox hopes to hire 10,000 vets by 2018 (in 2013 they hired 1,750 veterans). This will be accomplished by outreach efforts like participating in monthly virtual career fairs.

Another key initiative involves partnerships like the 100,000 Jobs Mission, which has swelled to 154 participating companies from just 11 when it launched three years ago. Employers share their best practices to reach collective hiring goals. (Verizon and Xerox are participants.)

“We reached our original goal seven years early, so we doubled our hiring commitment to hire 200,000 veterans by 2020,” says Maureen Casey, director of military and veterans affairs at JPMorgan Chase. She adds its impact supersedes its numbers. “The proof is in the lives we’ve impacted by our efforts . . . that has far-reaching positive consequences for the individual veteran, their families and our nation.”

One success story is Yousuf Kassim from East Flatbush. The associate compliance business manager at JPMorgan Chase in Midtown served as a platoon sergeant with Army Intelligence from 2004 until 2012.
Yousuf KassimYousuf Kassim

After applying for a job on the JPMorgan Chase careers site in July 2011, the military recruiting team contacted him with an invitation to interview at an upcoming job fair that September.

“I was offered the position on the spot,” he says.

Pointing out that many veterans have a tough time transitioning into the civilian workforce — he started pursuing his second master’s degree in 2011 before landing his job, and completed the degree the following year — many employers assist with those challenges. Translating his military experience onto paper was initially difficult for Kassim.

“It takes time, networking and sometimes a little bit of luck,” he explains.

But once he started job searching, he realized his military experience was relevant to the corporate world.

“As an intel analyst, I sifted through large amounts of data looking for patterns, and developed qualitative metrics for my job in the military. Many of these skills used in the military were directly applicable to my role at JPMC.”

Transitioning and rebranding certainly don’t happen overnight. John W. Phillips, a retired Army officer and the author of “Boots to Loafers: Finding Your New True North,” explains, “The key is getting the word out to the vets and the military that these types of programs actually exist.”

Moreover, when veterans use “civilian speak” during job interviews, they may not properly explain the tasks they performed in their former role, says Jerold A. Ramos Sr., a Navy veteran and director of strategic recruiting and military liaison at AlliedBarton.

“As a tank operator, they led small groups as a squad leader,” explains Ramos, who partners with the Yellow Ribbon Program and Wounded Warrior Project to recruit veterans. “So they may be a great fit for a supervisory role.” His advice? “Articulate what [you] really did, not just job titles.”

In addition to translating military experience into civilian terms, there’s the added challenge of coming from a world in which you speak only when spoken to and where chains of command are more clear-cut than they are in the corporate world.

The trick to a successful transition, he says, is tackling challenges like communication issues, cultural fit and rebranding early on in the job-search process: “You’ll be amazed at how much easier it will be to face any other challenges.”

Business and technology consulting and staffing firm Genesis10 helps vets with these issues by offering reverse boot camp and a battle-buddy peer mentoring program to vets they hire in order to bolster soft skills. Topics covered include handling a meeting, collaborating and even dressing appropriately in corporate America.

“By leveraging the ‘never leave a fellow soldier behind’ mentality, we increase performance and decrease turnover,” he says.

This investment, says Phillips, is critical. “Hiring is the easy part — developing and retaining a vet is the hard part and should be checked.”

“Every hiring manager that hires a few veterans says, ‘I need more, I want more of them.’ It’s no longer about being the right thing to do — they’re doing it more because they realize it’s a good thing for business.”

Not only is it a good thing for business, it’s a significant victory for vets. Francis, the vet who works at Verizon, says efforts to connect dots from combat to corporate life should be a no-brainer.

“Leadership is leadership, no matter what environment.”